On German blogs this TAG is quite popular at the moment. As our bathroom is TINY I though it would be fun for you to see how Danish bathrooms look like. And yes, they are all that small. Ours is often considered big 🙂 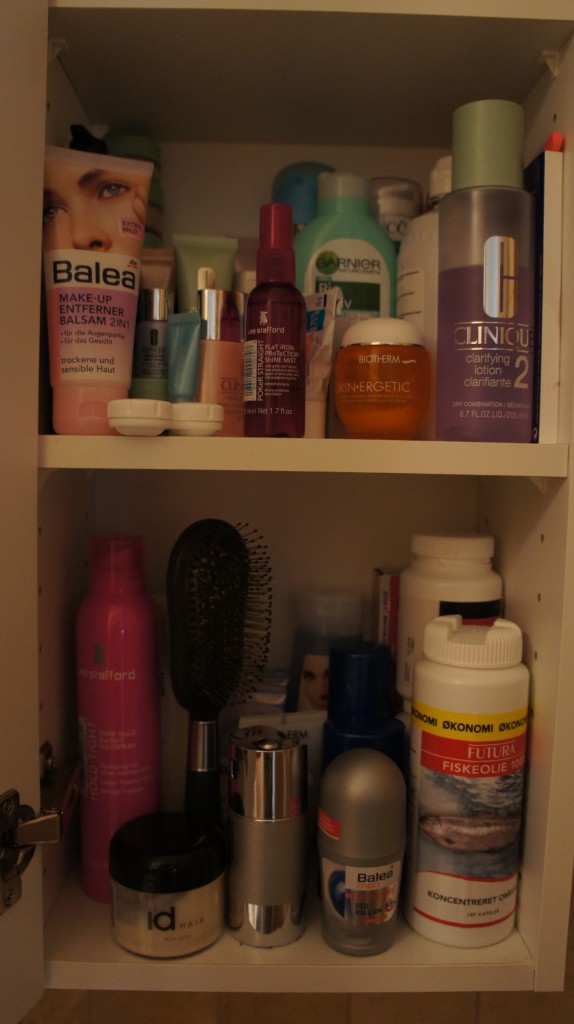 The upper shelf is mine the lower one is (actually) his. 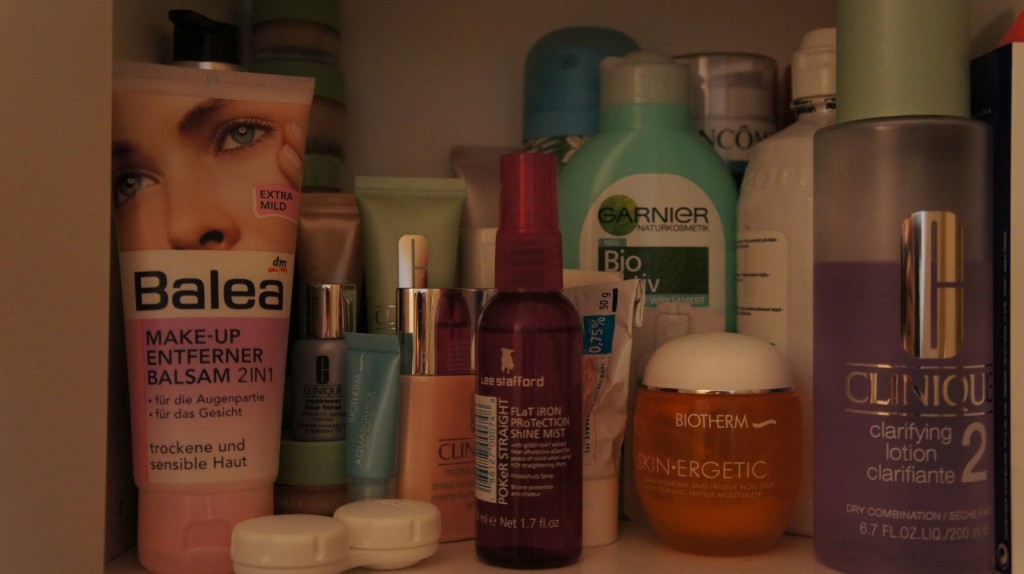 Close up of the things in my shelf. 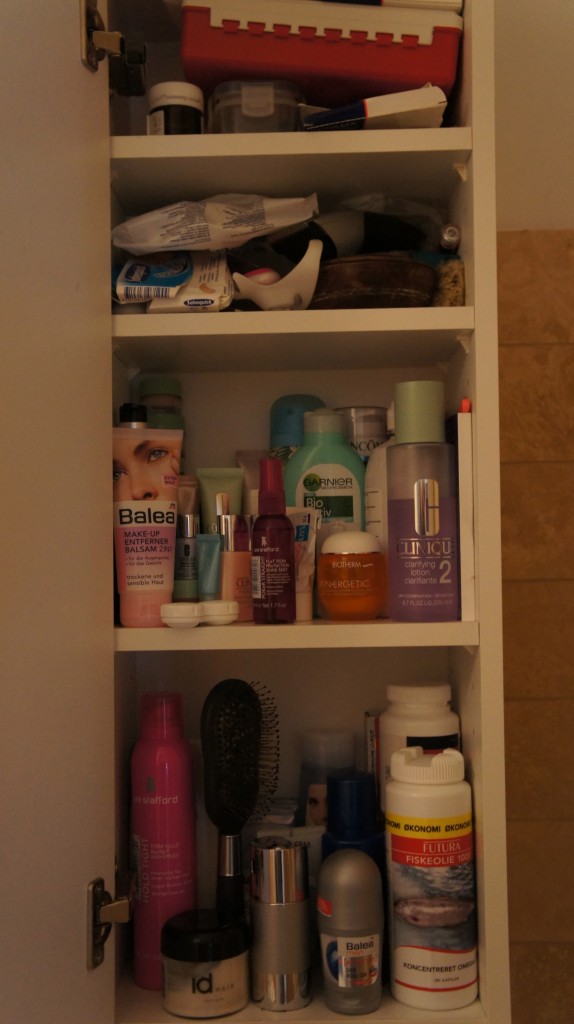 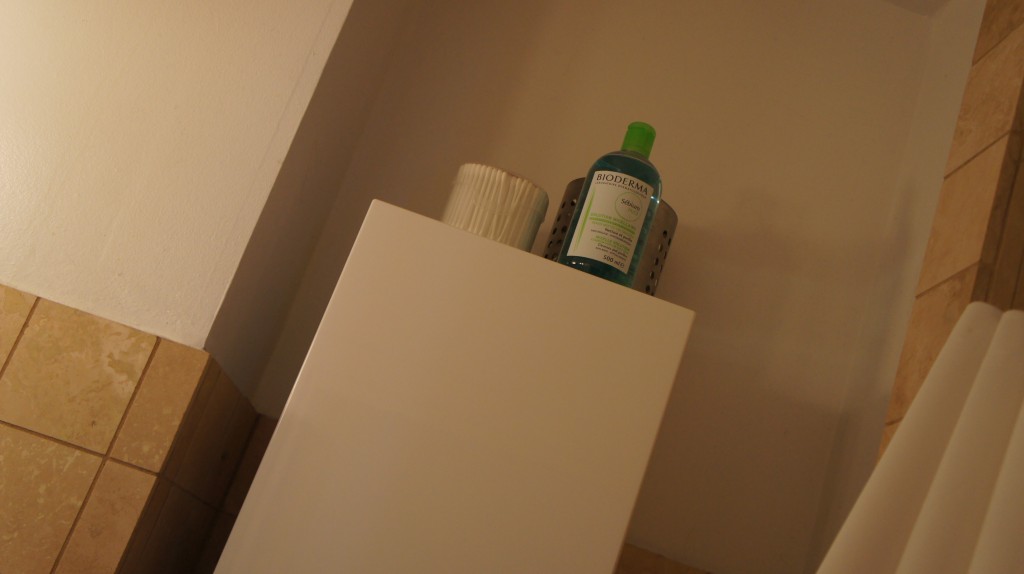 In tiny bathrooms even the space on top of the cabinet has to be used 🙂 We are missing toilet paper I just realized. 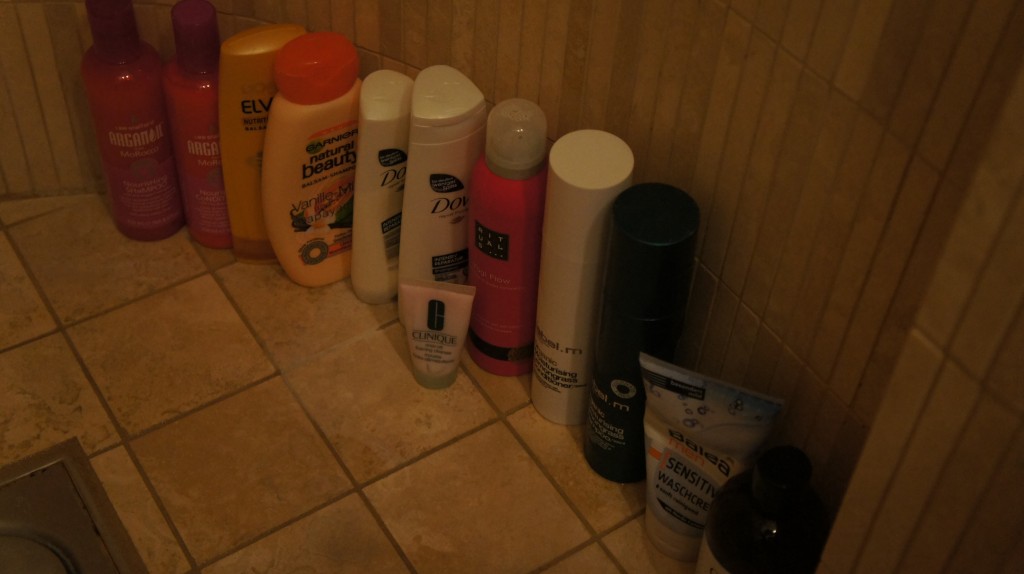 The shower. Everything from the left up to the pink bottle is my stuff. 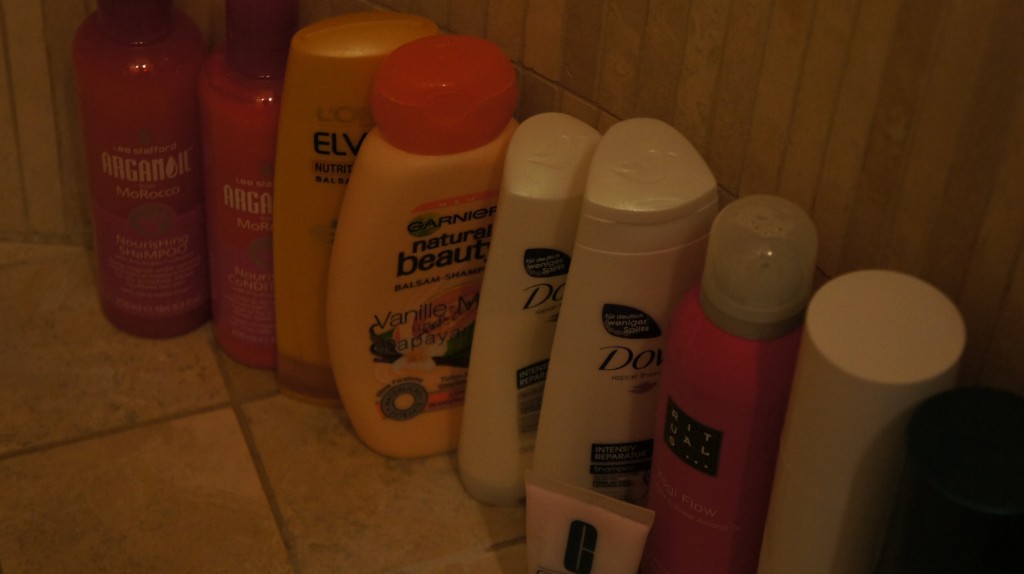 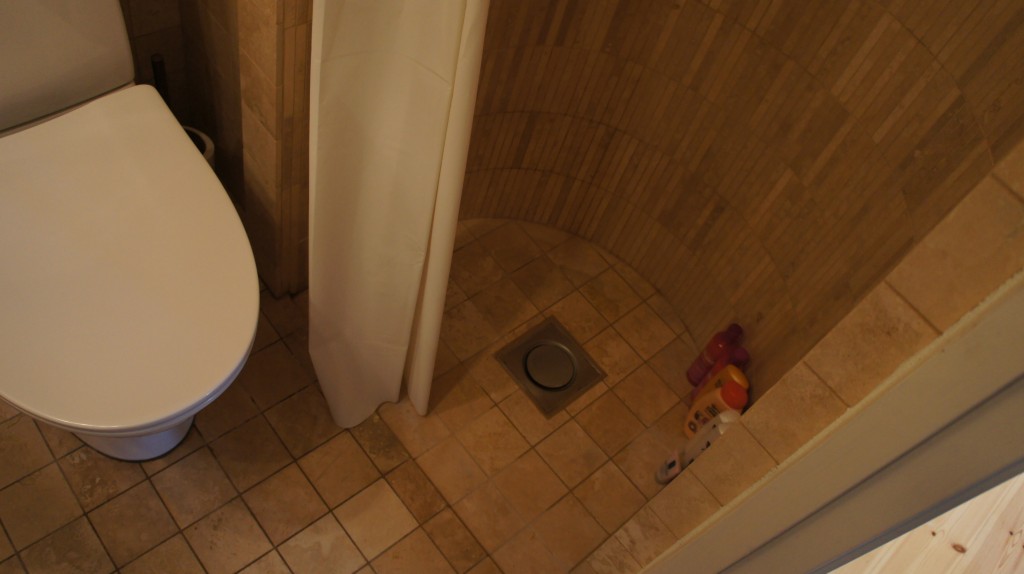 The tiny tiny shower. Which used to be part to the kitchen. The old wall got taken out and the round wall pulled in, taking a bit of space away from the kitchen but giving us a proper shower. 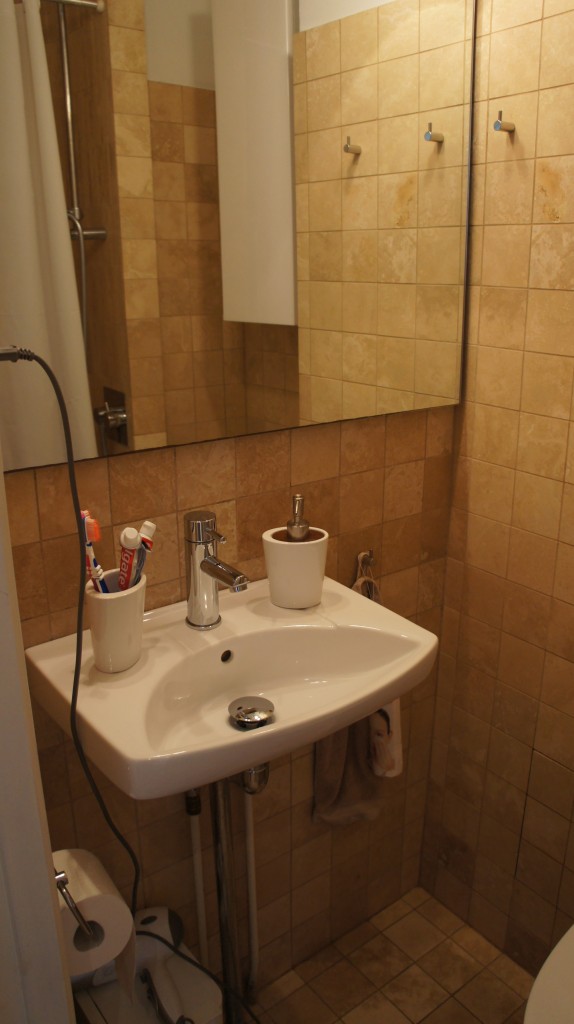