Well, I do not know about the soon-to-be-popular colours of the next season yet but considering the fact that all Chanel nail polishes became major hits over the last year we probably only have to take a look at the nails from the last show and we will now…

I did not like to wear nail polish for quite some time. My nails are in not so great shape due to years of swim practice and my cuticles probably never have been worse. But I am working on that and I am using my nail oil every night!!! But in the last 1-2 years some really awesome brands popped up on the market (or just became cool again) and brought out some really pretty colours which are wearable but not too boring. And especially: no glitter alert whatsoever! 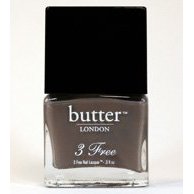 Some of my new favourite brands are O.P.I.  and Butter London. Just the bottles alone look so pretty that it is just nice to look at them. The prices are not too cheap but still affordable. And the quality seems to be much better than years back. I especially enjoy the “light feeling” when I wear those new nail polish brands. I used to have the feeling that my nails are actually covered with some heavy material. Due to new technologies (or maybe just due to better quality in general) that feeling is finally gone and makes the wearing of nail polish possible for me again. I also like to see advertisements for “special” colours every once in a while, i.e. movie related. O.P.I. brought out a colour range of four lovely crazy-glittery polishes for “Alice in Wonderland”, and some bright green polishes when “Shrek 3” came out.  Maybe not all of them are wearable on an everyday basis, but always for a special occasion. Butter London brought out some nice “calm” (can a nail polish be calm?!?) colours in honour of Alexander McQueen. My favourite here: “All Hail McQueen”! For lovers of greys and blacks I can also recommend “Chimney Sweep” – a nice charcoal grey which is not too gothic like due to a hint of shimmer (shimmer is NOT glitter!!!). 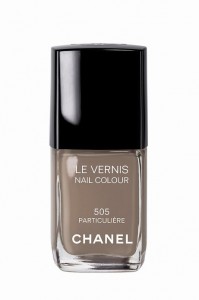 The “one and only” when it comes to nail polish is of course the deluxe Chanel Le Vernis. Chanel is THE hit when it comes to making new colours popular. Take a look at the models nails and you know which colour will be THE colour next season. After “Jade” 407 (a bright green which was pretty but maybe not too optimal for wearing to work) and “Orange Fizz” 307 (same here) at the beginning of 2009 the famous “Particulière” 505 came out. The 505 is a wonderful greyish-brown colour which goes well with just about every piece of clothing and colour and is wearable to business meetings, lunch dates, and a girl’s night out. It took me a while to get it (it was sold out all over Europe) but since about three months I finally have it and what can I say: I LOVE IT! As it was quite hard to get the 505 I swore myself that next time a new trend colour would come out I would buy it straight away. August 7th was the day and I am a new proud owner of “Paradoxal” 509. At first I was a little bit disappointed though. The 505 and 509 are not too different. Both have some grey and brown in them. And the 509 is definitely NOT as purplish-metallic as shown in various magazines (btw: every single fashion/woman/lifestyle magazine I bought over the last two weeks showed pictures of the new Chanel – and I bought quite a few of them). But not to worry: if you apply the polish twice and see it in sunlight there definitely is more purple than brown in it and I was finally able to tell the difference. Now I cannot wait what the winter season brings. 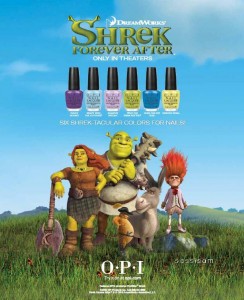 Before I forget it: I also love the trend of matt colours. And I was (at first) delighted to hear about the possibility of adding a top matt coat to matt my old colours when I feel like it. MAJOR DISAPPOINTMENT is all I can say. Do not bother to buy it. Of course I bought a rather cheap version at my local drugstore so of course the O.P.I. or Butter London versions might be much better. But the coat I bought is rather heavy and takes ages to dry. And back was the feeling of a “weight” on my nails. So either buy matt nail polishes right away or keep your nails shiny as before. Matt coat = no good.

Okay, enough about nail polishes. I’m tempted to buy even more. Stupid online shopping. Maybe I should write about that “addiction” soon. I might recognize myself.

PS: For the ones who still weren’t able to get the 505. “Fash Pack” from Butter London looks pretty much the same. Trust me. I got them both.