So, I “stole” this little recipe from Claudia from BeautyButterflies, who is currently living on a low carb diet. As I currently have a bit of time because I like to distract myself from studying, I though I give this a try as well. I stuck (almost) 100% to the descriptions and amounts in Claudia’s blog post, however I would do a few things differently next time (but where and what I will be writing below where it belongs). 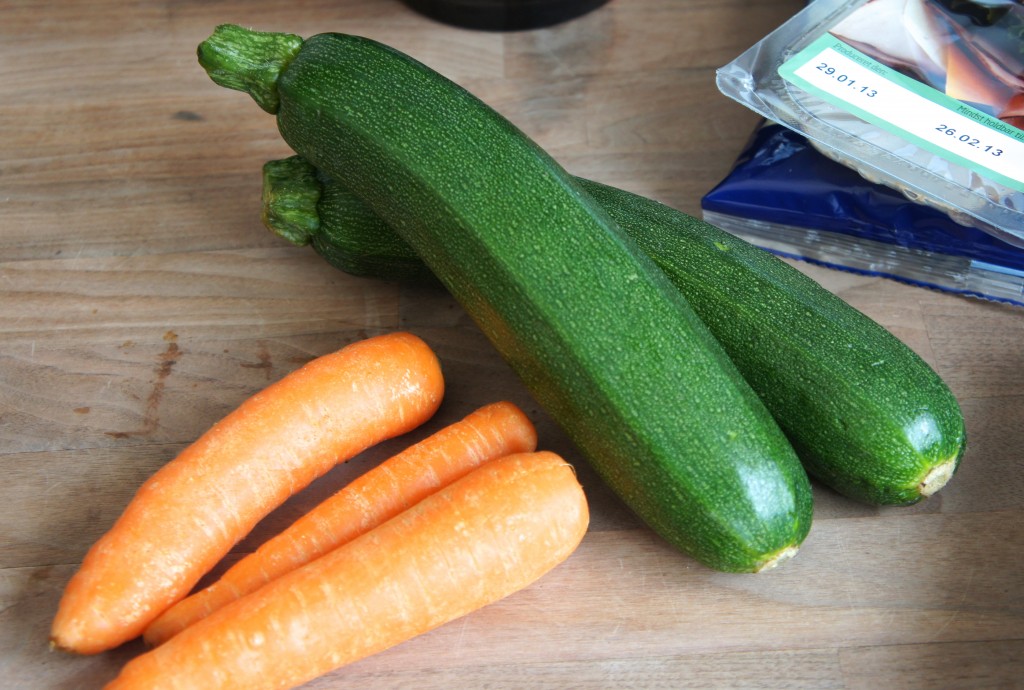 This is what you need: 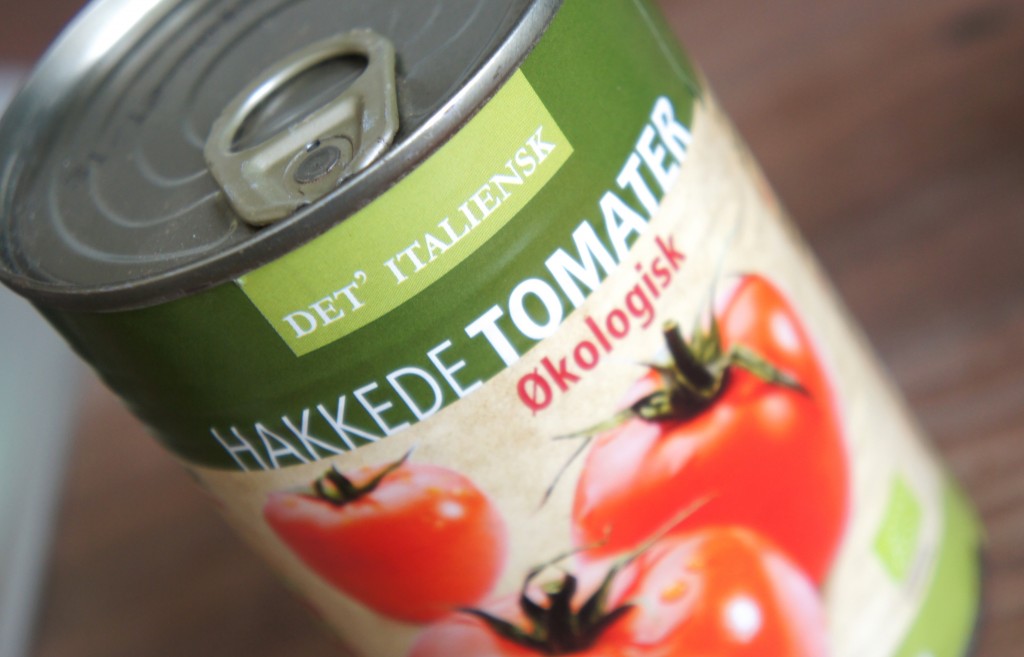 You can put on the pizza whatever you like, however I would not put too much on it. I stuck to thin sliced chicken breast, fresh mushrooms and mozzarella cheese. 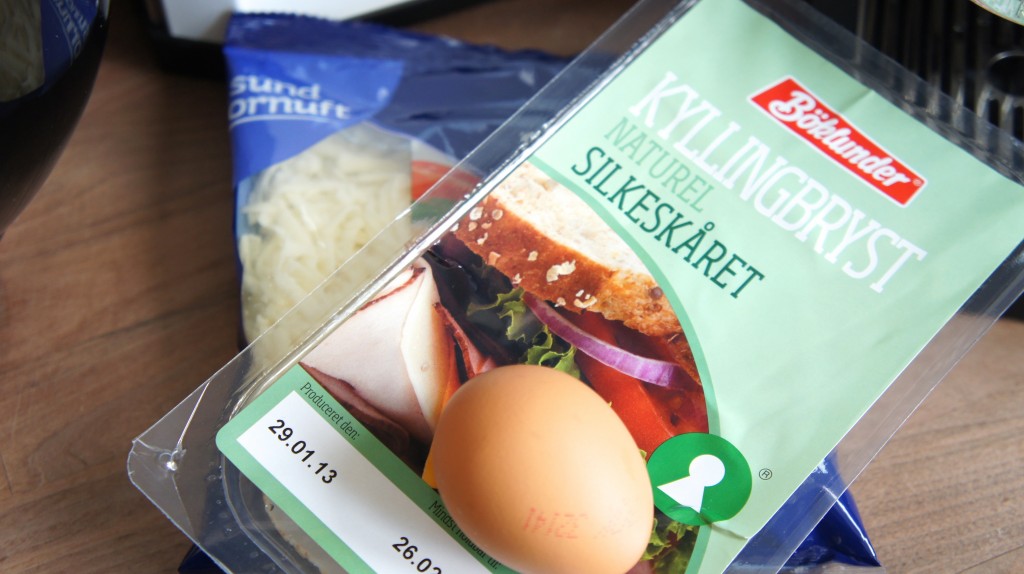 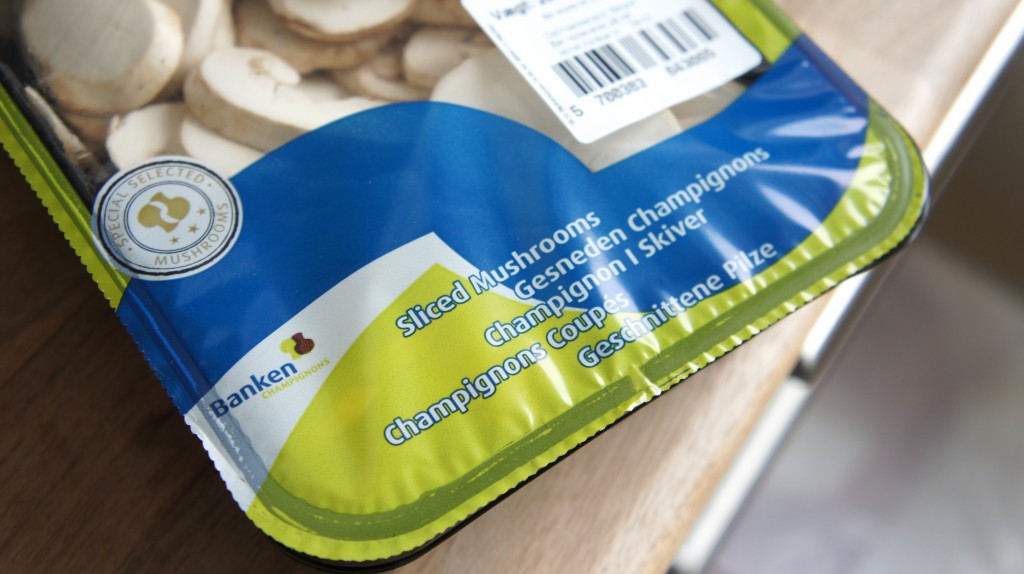 You start by grinding the carrots and the zucchini and afterwards add the flower, the egg and season it with salt and pepper. Now put packing paper into a casserole and add the carrot/zucchini mixture on top and spread it out evenly. 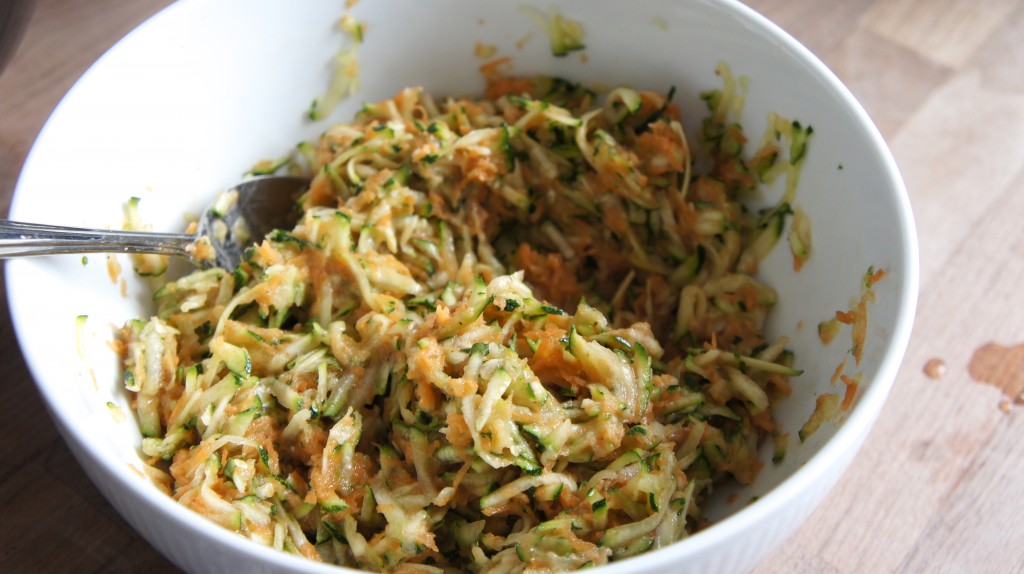 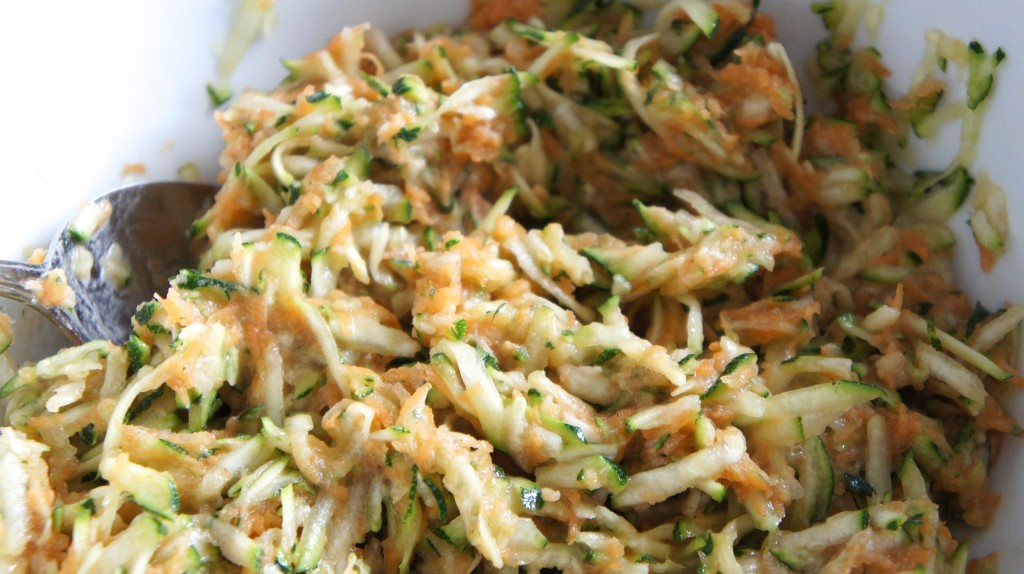 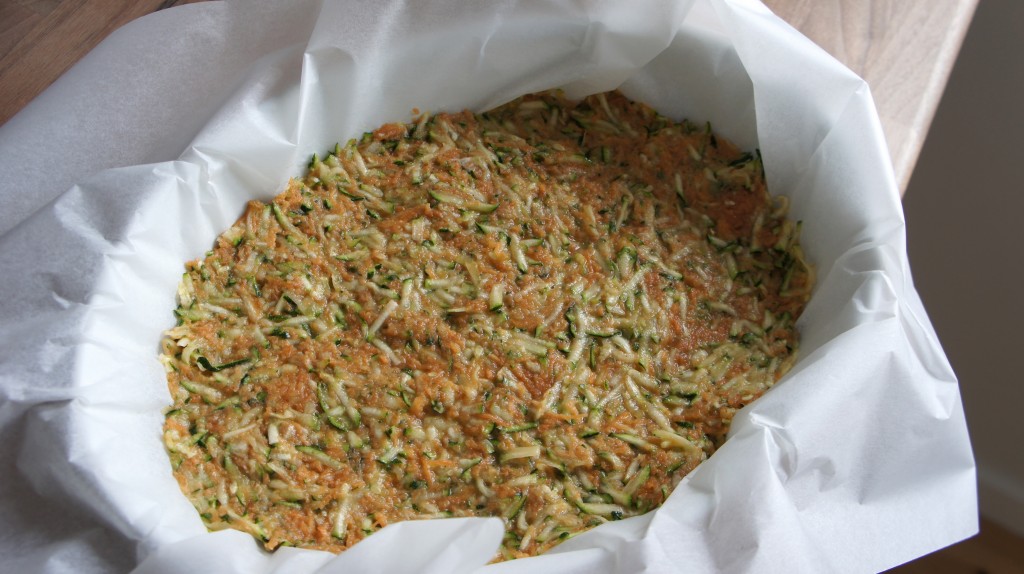 You now have to heat the “dough” for approximately 1 hour in the oven at 250 degrees Celsius. After that hour the dough should be somewhat crispy and will probably be quite dark on the top, which is just fine though.

NB: As 250 degrees Celsius is very warm, the backing paper will start getting quite dark and might start to disintegrate (see next picture below), which annoyed me a little bit. So for next time I have to find a different solution instead of the backing paper. Due to the long backing time I am not sure what else to use though (just lubricating the casserole with butter might not cut it).

While backing the dough, open the can of tomatoes and start cooking them to get all unnecessary liquid out of them. Just so you know: it will take almost the whole hour. Add salt, pepper and oregano to finish the sauce.

NB: I personally hate tomatoes (and am allergic against them when eating them raw) but they are okay when they are pureed. So I used a puree stick to get a smooth tomato sauce instead. I also added 2 table spoons of ketchup, just because I love the taste (we do however have that special ketchup from Heinz, which is ecological and with less sugar). 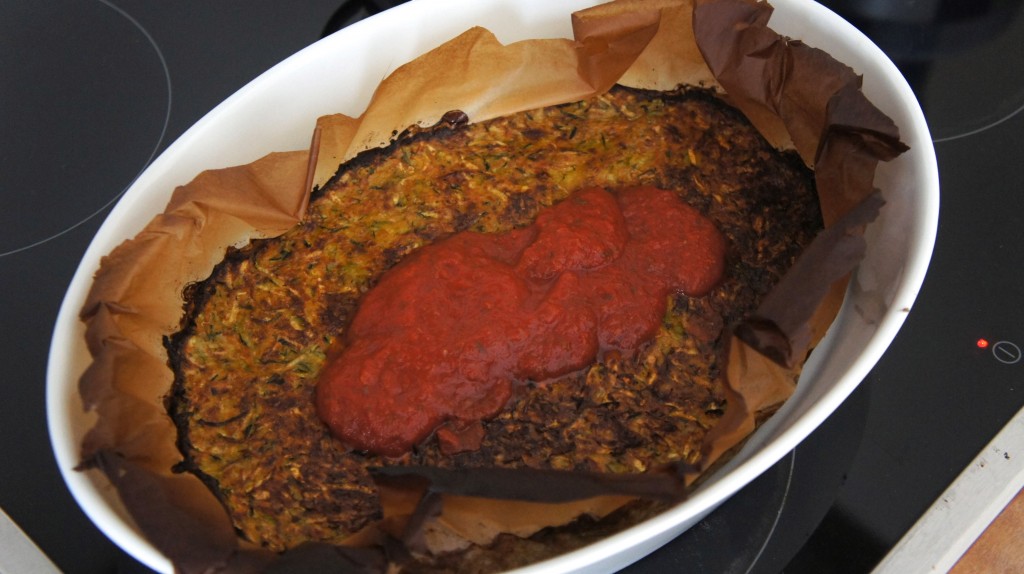 After 60 minutes take out the pizza bottom and spread out the sauce on top of it. Add the toppings of your choosing and finish with a layer of cheese. Afterwards the pizza will need another 15 minutes at 250 degrees Celsius.

The ingredients where enough for two bigger portions. You cannot really tell that the dough is not “real” dough because it does not taste like “veggies” at all – something which is probably a very good trick for making kids eat it as well 🙂

In general I love the idea of a low carb pizza but you have to realize that this pizza takes quite a bit of time and work. The grinding takes some time and makes a bit of a mess (thank god we have a dishwasher) and you constantly have to have an eye on the tomato sauce so that it does not burn. I also think it is quite “little” what you get out afterwards, considering the amount of work (so when making it just grind twice the amount and make two casseroles if you happen to have to – of course only if you actually have enough people to eat the result). In total the whole pizza took me around 1 hour 45 minutes (including making food and cleaning up afterwards). It was however super delicious and I will definitely try something similar again.

Do you have any other low carb recipes, which I should try?