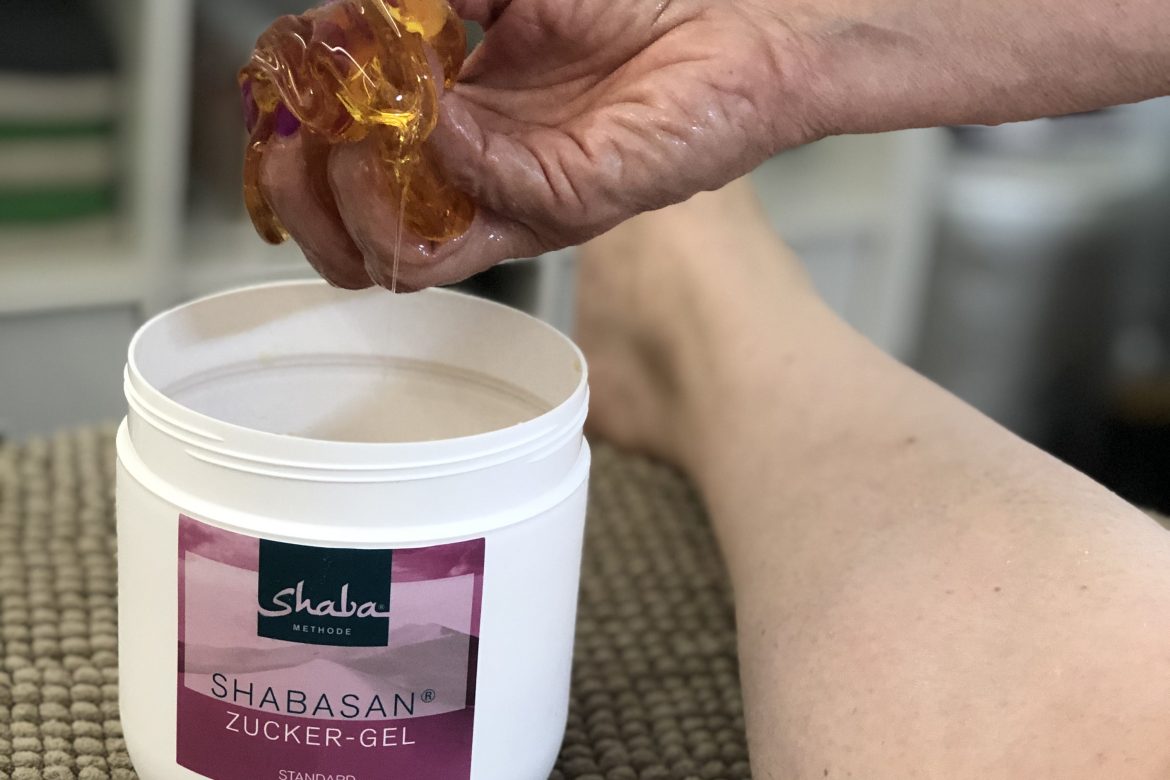 Summer is approaching slowly and I just can’t wait. Even though it will be (once again) a completely different experience being pregnant as my third trimester is actually stretching from July – September. One thing that happens during pregnancy is the insane hair growth that is starting pretty much right away (at least for me it was like that this time) and air removal by yourself is a pain in the butt with a growing belly. 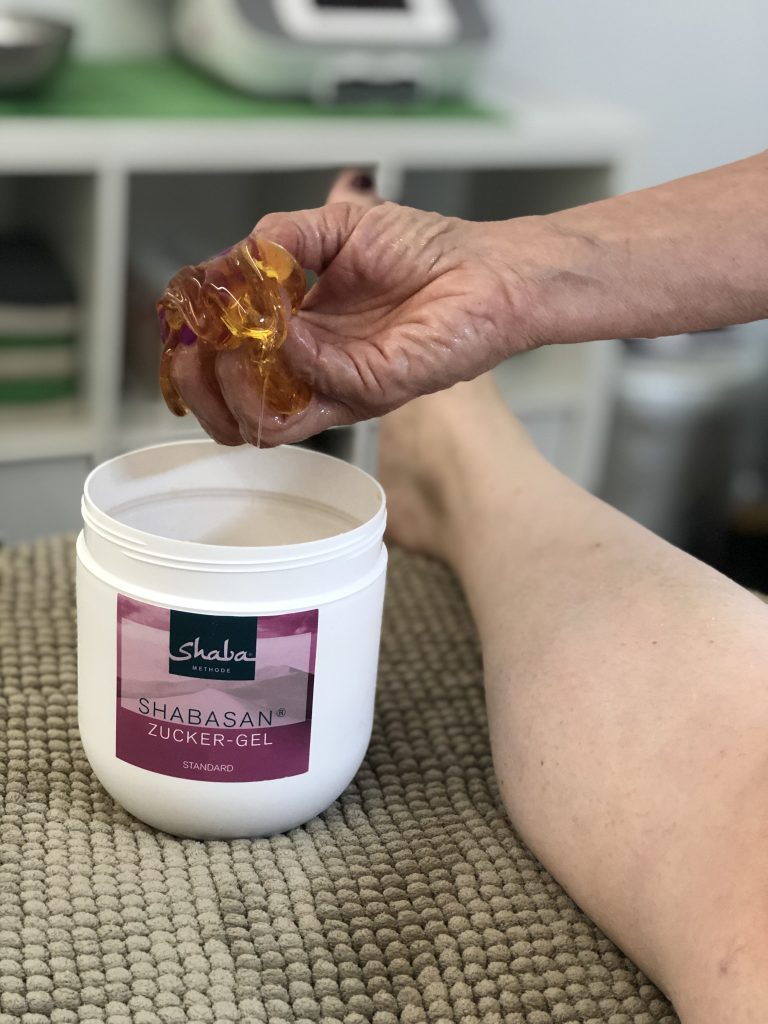 During my first pregnancy with our baby girl I actually started getting my hair removed professionally and did stick to it since then. I was therefore very excited when I got asked to try a different method: sugaring with Shaba. As part of the cooperation with Shaba we agreed on the leg area, but after only my second treatment I was so convinced that I also started to getting my done as well (paid for by myself) and I am in love. 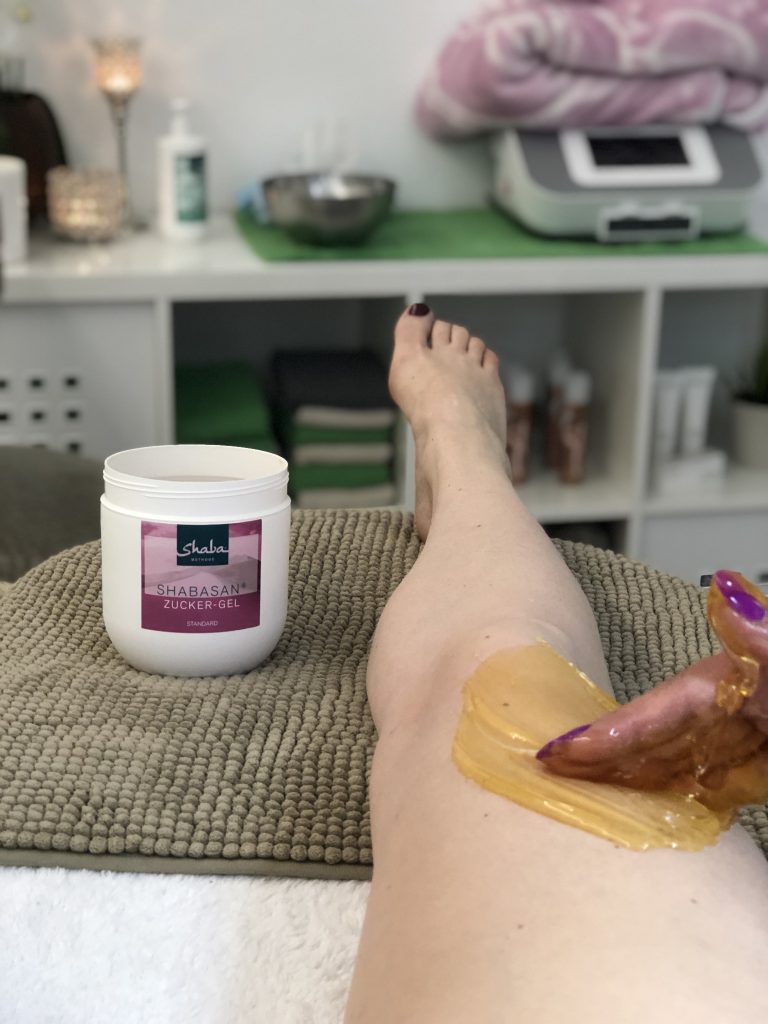 What also made me say yes to the cooperation right away was the concept behind Shaba, as their main focus is to allow women to be self-employed as a Shabadora. You initially do training courses with Shaba and can then work from home, forming your own customer group. I think especially for women who are currently mainly taking care of the kids or who work only a few hours a day/week in their “day job” this is a great method to contribute to the household income and build up a “second leg” (as we like to say in German).

Over the last three months I was able to enjoy four Shaba treatments with a Shabadora of my choice. I went with Gabriella, who owns the beauty studio Boudoir close to where I live as I wanted somewhere I can easily get to (it’s located between day care and our home), in modern studio which also offers other kind of treatments (e.g. nails) and someone who does the bikini area. To see which areas each Shabadora offers, please have a look on shaba.ch to locate a studio. 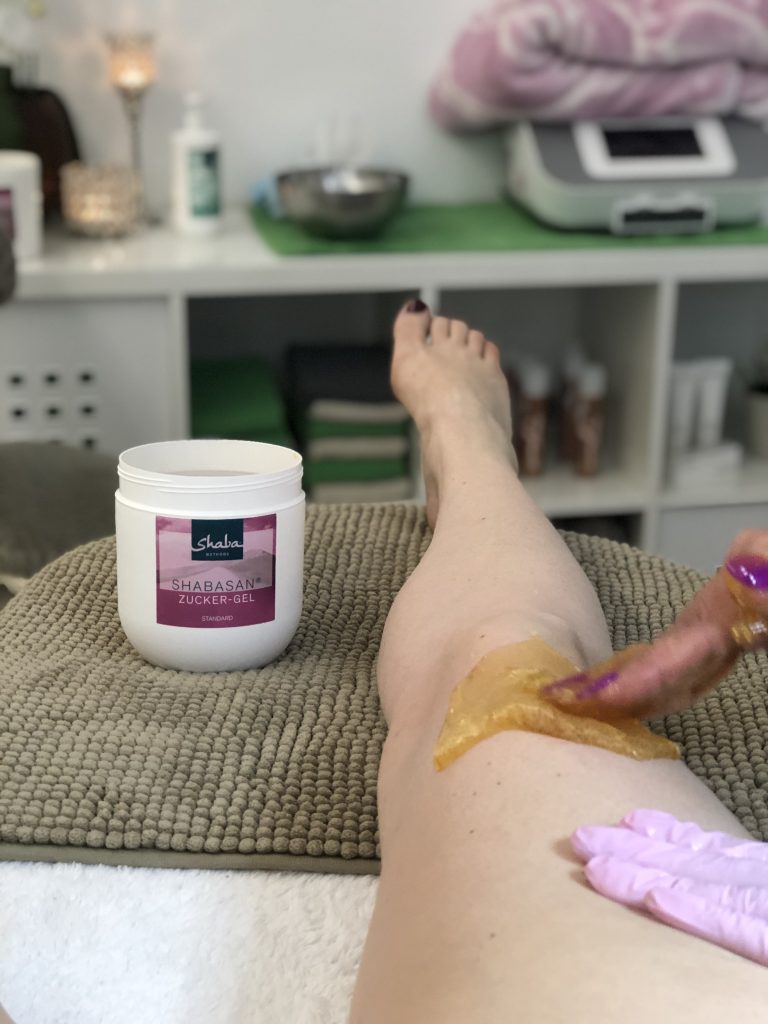 But let’s talk about the actual product and method. Shaba is the company behind hair removal with the help of a sugar paste, also known as sugaring. Depending on the body area, several different types of paste are being offered (they consist of sugar and water only) and your Shabadora will pick the most suitable one for your hair type (during my treatments we usually alternated between two different pastes). The paste is always being spread out by hand in small stretches and then pulled off. Usually the paste is first applied in one direction before doing it all over into the other direction – something very different to the method where normal wax is used. 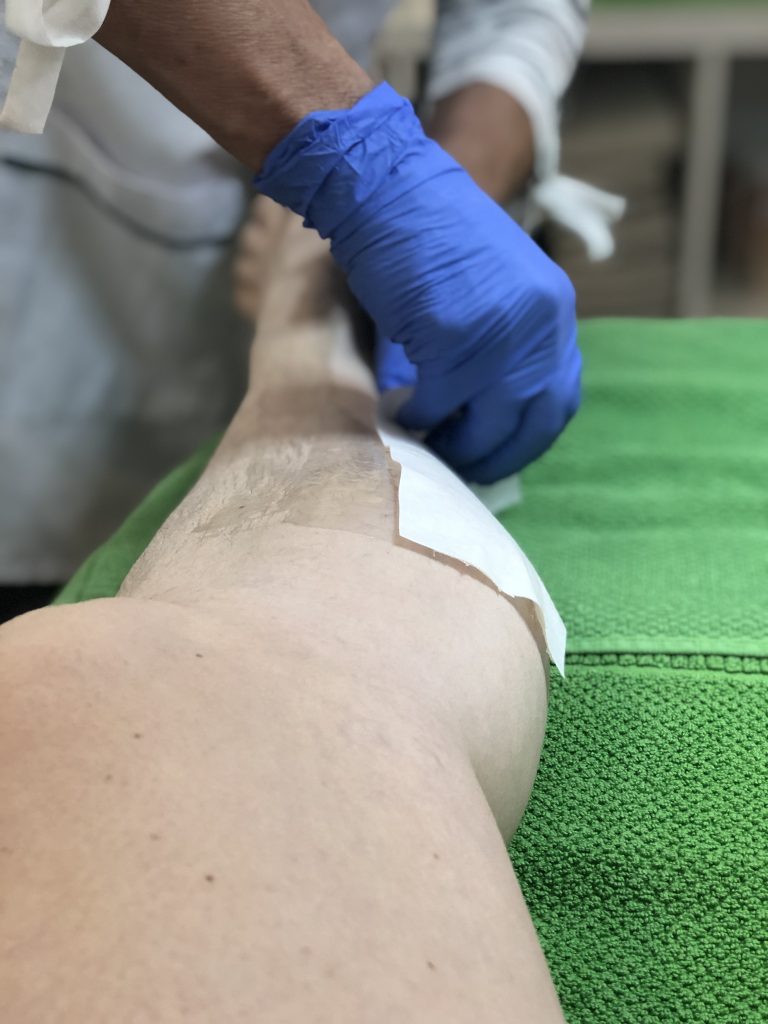 As both methods (sugaring vs. waxing) are similar but still very different, I thought the easiest way is to list the pros and cons of both methods:

Overall it was a very pleasant experience and I really fell in love with sugaring (to the point that I already started googling places in Chicago which offer it as our move is approaching quite soon). Especially during the summer not needing to shave every day is great and I can absolutely recommend.

I want to thank Shaba, Contcept as well as of course Gabriella for the great experience and making the cooperation possible.