Everything is getting on my nerves and I know that I am quite short tempered at the moment due to exams and the whole move etc. But working is hell right now. Not necessarily because of my colleagues.

My department in general has always been very international, with people working here not only from Germany, but from China, Russia, and Turkey. But those colleagues always have been a minority*. A few colleagues (including me) left or are leaving soon so new people started over the last couple of weeks/months. We now have four people speaking Russian, two speaking Asian, and 5-6 speaking Turkish. 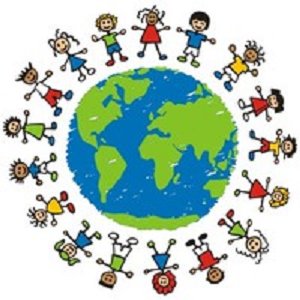 I do not mind that they speak their mother tongue with each other, especially if it is only them talking. But do they have to do it while they stand in the middle of the office? And no one else understands them? This morning I was the only German together with four Russian women and men and they kept on talking. I did not only feel left out, but I also became very annoyed at all the babbling. The same goes for the Chinese… It sometimes feels like they do not even see what they are doing. Is it just me overacting or is it so weird that I think it is impolite to talk a different language (especially if you very well speak German) if someone is around who does not (aka speaking Turkish also some Germans are in the room as well, who do not understand it)?

Some rules apparently do not apply for certain people. Also the volume they are speaking in. We have a company hotline which ends in our office. As the phone line comes out right where I am sitting I am usually the one who ends up answering it. Not enough that some colleagues do not even bother to get up to answer the hotline as well – they just keep on talking with such loud noises that I am barely able to understand the person on the other site of the phone. Why do they not see that?!?

Ugh, I am just so annoyed right now. I know it is partly me overacting, though I still think I am right on some accounts…

*[Do not get me wrong: I love Internationals. I am doing IMECO, spend some time in the US and am moving to Denmark soon (and will be a foreigner). I love to get to know people from all over the world and have lots of friends from different countries including the US, Canada, India, Turkey, Russia, Hungary, Poland, Austria, Belgium, Denmark, etc. …]