The fiancé is coming. He really is… We were not supposed to see each other until the weekend after next (15.10. – 17.10.), which we will be spending in Hamburg. But now he is actually on his way down here. I still cannot believe it.

I have two re-exams scheduled for today and tomorrow. So I am also feeling a bit guilty about studying. But he promised to help me study and he has a home-exam scheduled for today as well. So I hope it will work out. Since those are two of my last exams my exam-anxiety is at a peek! I was never scared of taking exams when I was younger. A bit nervous, yes, but scared? No. But it is becoming worse and worse and worse. It started with having to run to the bathroom twice before every exam. Now it is nausea, severe sweating, and the urge to throw up heavily. 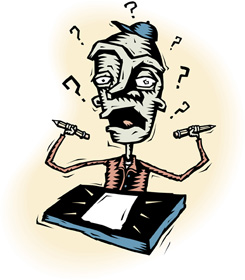 Even though I have to pass those exams in order to pursue my dreams in Denmark as planned, I still have a plan B. And C and D (yes, I am the kind of girl who likes to plan a lot!). It will work out. One way or another. I just have to believe in myself!
Wish me luck!

Tis’ is the Season