I admit – I do not like pumpkins. At least when it comes to eating them. I think the smell is really repelling and I just do not like it. Though I absolutely love everyone making pumpkin bread, pumpkin soup and drinking Spiced Pumpkin Lattes at Starbucks – I wish I would like it as well.

This has never stopped me from using pumpkins as decoration though. As a kid we carved out pumpkins on a regular basis to put them in front of our house in the fall and last year (we happend to be in the States until shortly before Halloween) we also kept up with that tradition including lots of Halloween candy. 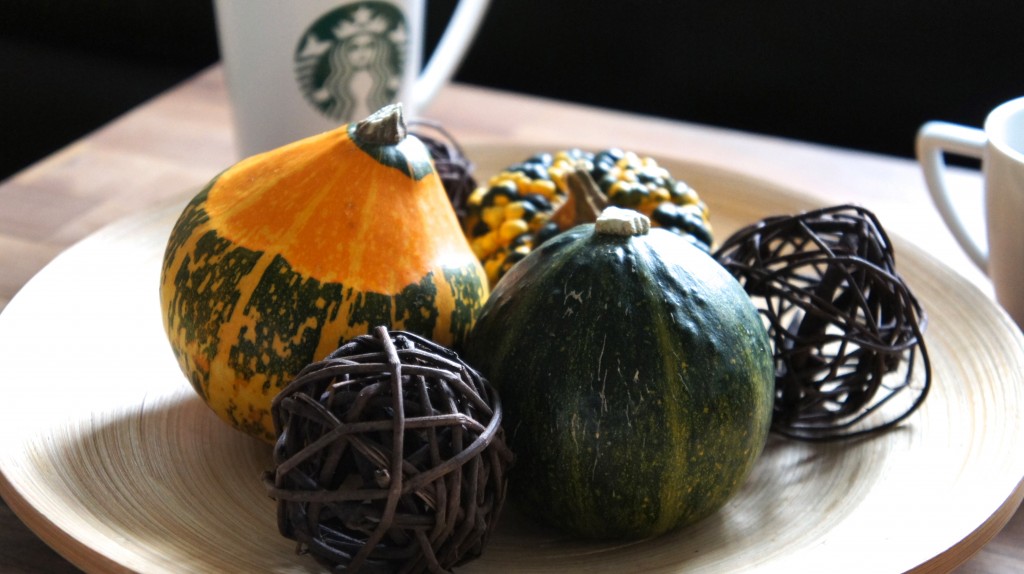 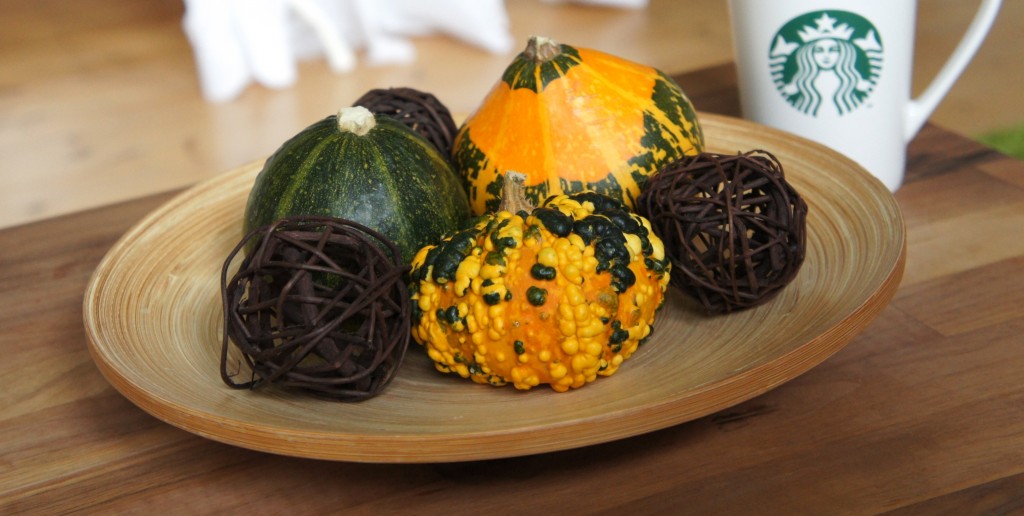 This year I will stick to those three cute little pumpkins for our living room decoration. As we do not have access to all that amazing American Halloween candy and as we also do not really have the place to put a carved out pumpkin (except on the balcony) this will have to do. 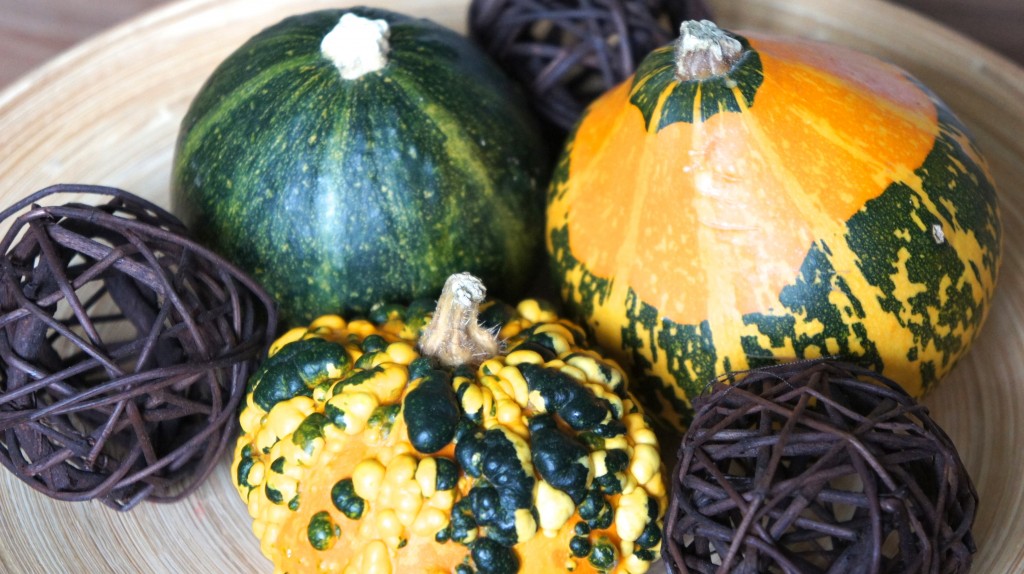 What do you think? Are you using pumpkins as decoration and what kind of pumpkin recipes do you know? Anything I can maybe try, which is not too “pumpkinish” in taste?